Olga Jürgenson has enjoyed an interesting journey from a Fine Art education focused on Socialist Realism at The Academy of Fine Arts, St. Petersburg, Russia, to currently working as a contemporary multi-disciplinary artist and curator living in the UK.

Jürgenson was awarded numerous grants, scholarships and awards from European foundations, including from KulturKontakt (Austria), European Cultural Foundation (Netherlands), Kultuurkapital (Estonia), Commissions East (UK), Arts Council England (UK), and was selected for Escalator Visual Arts in 2010. In 2011 she was nominated for Kandinsky Prize in Moscow, Russia.

Her works are in state and private collections across the world, including The State Russian Museum (St Petersburg, Russia), National Centre for Contemporary Art (Moscow, Russia), Oulu Art Museum (Finland), The University of Cambridge and many others. While as a curator, Jürgenson has organised exhibitions and screenings of videoworks by British artists in several countries and was invited to judge various art competitions. 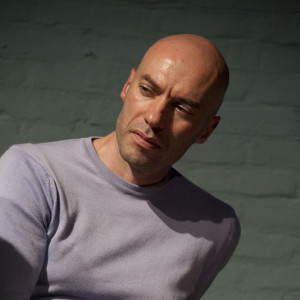 He has curated over 50 exhibitions worldwide, amongst others those in major biennials such as Sequences VII real-time arts festival in Reykjavik (Iceland) in 2015 (forth.), the Maldives Pavilion and the Wales Pavilion at the 55th Venice Art Biennial (Italy) in 2013, and Manifesta 8, the European Biennial of Contemporary Art, Region of Murcia (Spain) in 2010.

As a writer he is widely published with over 100 texts on art theory and curatorial practice published by museums, institutions and art publications. He is Editor of the Critical Photography series by Intellect Books, and his own publications include the book Aesthetic Journalism: How to inform without informing (2009). Cramerotti is Research Scholar at the eCPR European Centre for Photography Research, University of South Wales, and is Visiting Lecturer in several European universities including King’s College London, Goldsmiths (University of London), Oslo National Academy of the Arts, University of Westminster London, HEAD University of Art & Design Geneva, Università Cattolica MIlano and DAI Dutch Arts Institute.